Our chimney is done and it looks great!  Check that one off the list (I like checking things off lists. Who doesn’t really?). This was one of those tasks that we left up to the experts because they could do a much better job than us and work a whole lot faster. And man, those guys are fast. We’d leave for work in the morning and when we got home, the chimney would be up through another floor.


This chimney (as with everything on this house) wasn’t without its trials and tribulations, of course. Once the timber frame was up, we discovered that the clearance next to one of the beams was less than allowed by code, which was definitely not a good thing and in no way shape or form would we pass inspection. Options were weighed, like going to a smaller flue size (nope) or shaving the beam down (double, triple nope). In the end, the mason did some squeezing and shuffling to get the proper clearance and luckily, he was able to shift the bricks to get just enough space and it will now pass inspection! Once he made it past that beam, it was smooth sailing through the roof.

You might have noticed that the materials are different from floor to floor (it's pretty easy to see in the first photo). The chimney's a mix of block and brick, with block in the basement, brick on the first floor, then block again on the second floor, and finally brick through the roof. Since you'll only see the exposed chimney on the first floor and out the roof, we opted to only use brick in these places. The brick is actually the same that was used for the chimney in my parent's house. They had a ton left over, so John and I scrounged it, and then spent an afternoon scrubbing and washing each brick to get the dirt and moss off. It was a lot of effort, but it saved us a lot of money and we recycled something that wasn't being used.

The wood stove we purchased is from a company in New Hampshire called Woodstock Soapstone Company. The stoves are made right there in NH, and because we went to pick it up, we got to pick one of three (and we saved a good amount of money, too). We ordered it way back in March of 2013 so we could get it on sale. They were so accommodating and held the price and the stove until we could come pick it up a few weeks ago. The stoves are not only beautiful, but they’re very energy efficient. The catalytic converter that comes standard in the stove allows for a cleaner, longer burn time, and the thermal mass of the soapstone radiates heat long after the fire has died down. Plus, who doesn’t like the feel of a nice, warm, fire on a cold winter’s day?

Now we just need to fire stop around the chimney and have it inspected, then we can install the hearth and the woodstove and we’ll be toasty warm in no time! I can’t wait to be sitting on the couch next to the stove with a cup of coffee while the snow falls softly outside. That sounds so, so nice on a chilly damp day like this.
Labels: Construction House Progress 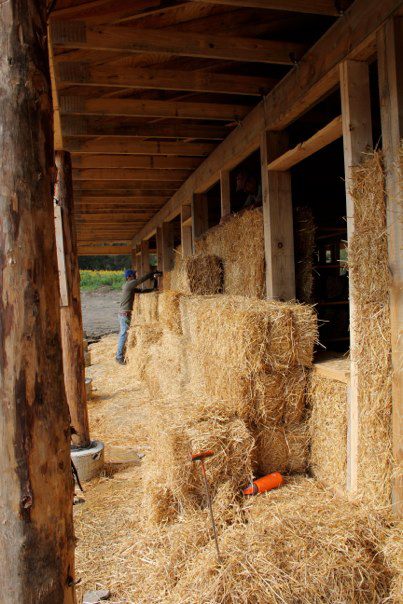