Oh, hello. Sorry for my absence the past few weeks. Can I blame it on the Olympics? I mean, the Olympics come but once every four years (well, two if we’re being technical), and I just can’t help but get sucked into the wonder of curling, biathlon, speed skating . . . or ski cross! Man, ski cross looks like fun! If I had any kind of sports skills and could be any kind of winter Olympian, I think I’d do ski cross. Unfortunately, John thinks I have a better chance of mining a gold medal than winning one, so I don’t think I’ll be standing on the podium ever in my life.

But anyway. we’ve made some progress after a brief hiatus. We have stairs! No more taking a ladder up to the second floor carrying a saw (sharp), a sledge hammer (heavy), and a crow bar (pointy and heavy and kind of sharp).

We wound up having the contractor who is doing our roof do the stairs. This wasn’t in the original plan, but to keep things moving and to not spend weeks trying to lay out and construct them, we opted to have him do it. The layout is kind of complicated since there is a landing and then a bale wall on one side but a stud wall on the other and an opening all the way to the basement. And there are gaps in certain spots and, well, we weren’t confident. So, instead of struggling for a week or longer, he did the stairs in two days. You’d think we’d be better at framing by now, but alas, we are still novices in some aspects. We’ll probably do the stairs out of the basement hatch, but the ones that matter, we left up to an expert.

While he was working, we started wrapping the first floor in house wrap to prep for the bales. There’s still a little framing left to be done, but since the weather was so amazing this weekend, there was no sense in wasting a gorgeous day working on something that we could do on a less-than-great day. Next time we won’t try to put it up in the wind because we basically had a giant sail on our hands, but it’s only temporary and therefore doesn’t have to be perfect. It just has to keep snow out of the house so we can install the bales. Thankfully, Sunday wasn’t nearly as windy. There's just one more side on the downstairs to do and then the whole upstairs, but the good news is that the wrap kept the downstairs clear of snow despite the four inches we got overnight.


So bales! We’re almost ready for bales! I’m so excited to get started on this. I bet the whole town’s wishing we hadn’t put the house wrap up, though. I hear they’re very confused about this straw business.
Labels: Construction House Progress 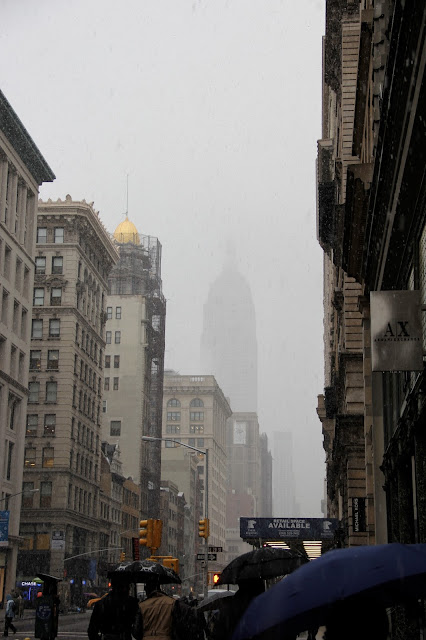